Children will be learning about the law of progress in Nature. Spiritual and Material progress.

Today the class is about the phrase on this drawing. Let’s work together to find 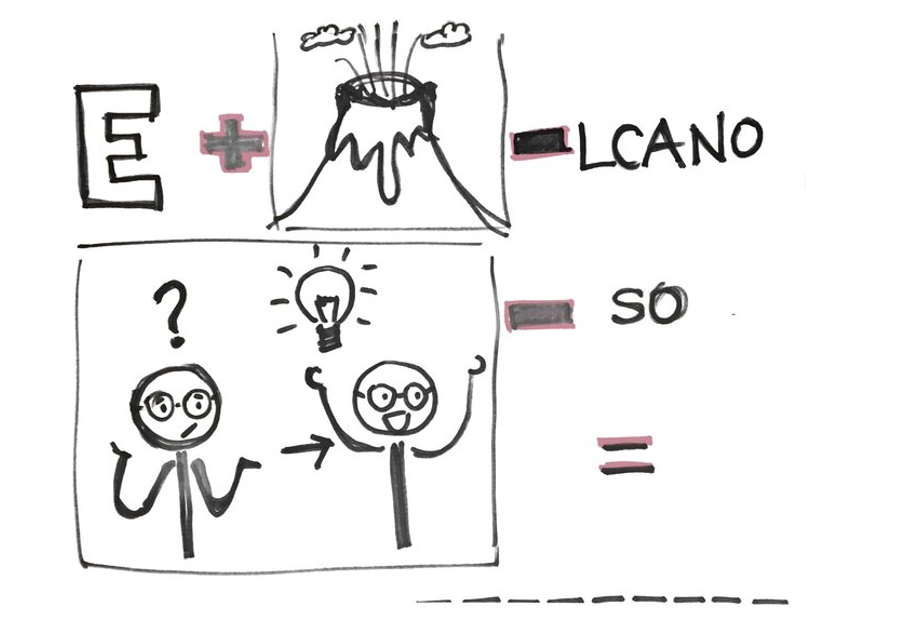 develop gradually, especially from a simple to a more complex form.

2.        God is perfect and does not need to evolve. In the whiteboard draw the same shapes used in the class General Elements of the Universe – God, Spirit and Matter – part 1 (GeneralElements-Students – download)

At top add “God” , and ask if anyone would know what the 2 type of evolution we will be talking about ?

While we read the story, write in a piece of paper the notes Rodrigo found in the story. 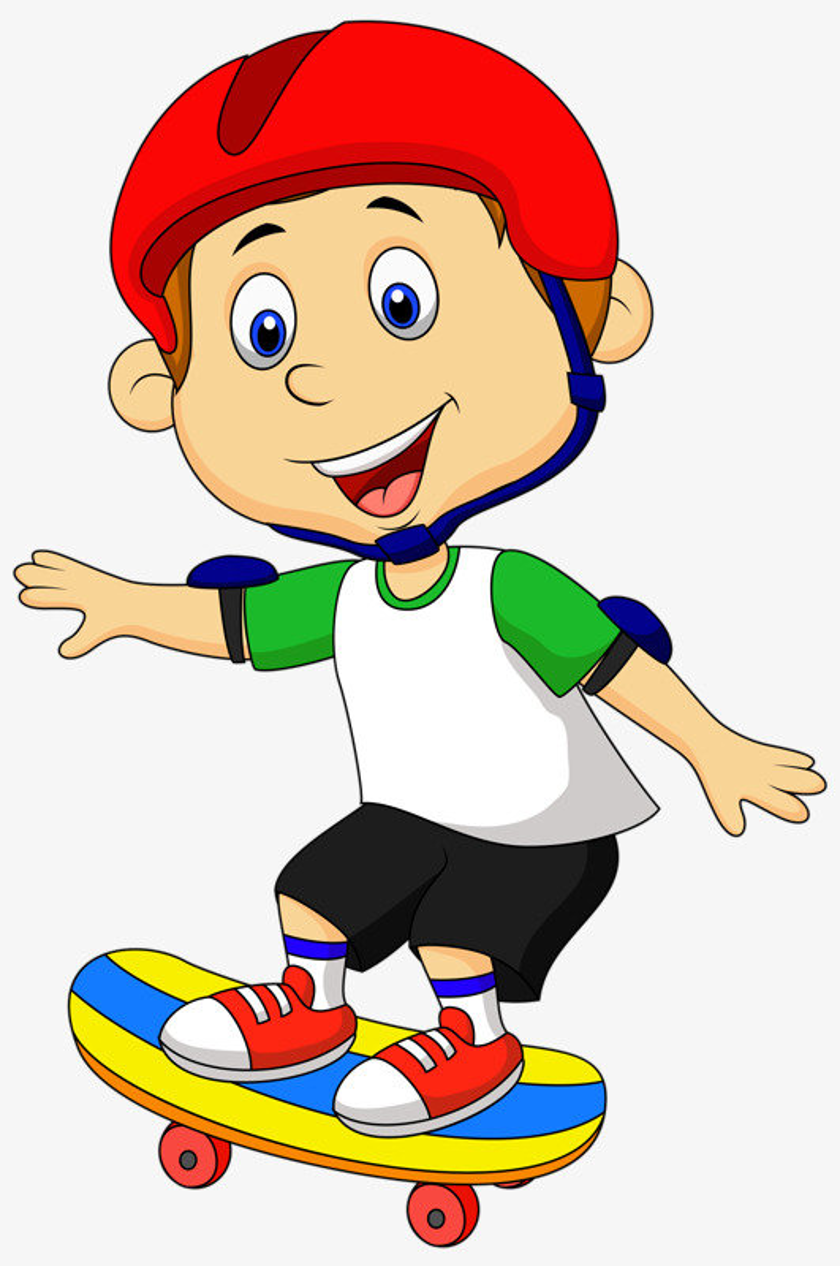 Rodrigo’s eyes shined when he saw the gift sent by his aunt: a brand new skate board.

He got the skate board, put a foot over it, and… fell! After this, he realized that just beside the skate board there was a helmet, two knee pads, two elbow pads and an envelope. He put the on the safety equipment and discovered that inside the envelope there was a letter from his aunt. In the letter his aunt was congratulating him for his birthday and reminding him that riding a skate board can be rather dangerous and therefore it required something that Rodrigo had to develop: patience. The letter also stated that for Rodrigo to fully enjoy his gift, he would have to use the formula: E=S+E+W+P. This formula was better explained in three blue notes, which were properly numbered, and he should open one note per day, starting with the first one, in order to get the message right.

The boy found everything very weird, but since he really liked his aunt and her fun ideas, he decided to do exactly as she suggested.

So he first opened the first note. It was written this: EVOLUTION = STUDY + E + W + P. Right below it, in small letters, he read: Watch the good examples.

* “What was that? A mathematical formula?” asked Rodrigo.

* “I think your aunt is trying to teach you how to ride a skate board” said his mother.

* His mother continued: “Studying is a way to achieve evolution, so his aunt could be referring to learn how to ride the skate board.

So Rodrigo was really puzzled. He understood the part concerning EVOLUTION, but what did STUDY have to do with skate board? He wasn’t aware of sites or books that would teach you how to ride a skate board… He thought for a while and then decided to go to the skating field near his home, to watch for the good examples, like the note said.

After arriving, he tried to ride his skate board again but suddenly fell to the ground. Then he sat above the skate board and started to watch other boys. He watched what they did with their arms and legs in order to remain stable over the skates. And that was how he spent his afternoon: watching some experienced skaters, studying their body movements, and trying to do the same. That day Rodrigo arrived home late, very exhausted but also very glad with his progress.

In the next day, Rodrigo opened the second note. It was written this: EVOLUTION = STUDY + EFFORT + W + P. He thought that he had done this the day before, and maybe he just needed to put on some more effort to be able to ride the skate board on his own. So he went to watch the experienced skaters again, but this time he tried to concentrate more on his efforts. By the end of the day, Rodrigo was already able to ride his skate board, although not so smoothly and easily as the other boys.

In the following day, Rodrigo opened the third note, and read the following: EVOLUTION = STUDY + EFFORT + WORK + PERSEVERANCE. So after going to the skating field again and returning home at the end of the afternoon, Rodrigo realized that everything written on those notes were true. And for him to participate in professional skating championships, and therefore make his wishes come true, he just needed to work hard for a long time, because those skilled movements were not so hard as they seemed at first.

So that night, Rodrigo received another letter from his aunt. She was asking if he liked his birthday gift and if he had read the notes exactly how she suggested. She also explained that learning how to ride a skate board is like learning anything else in life. So in order for him to learn how to have more patience, Rodrigo could also use the formula: EVOLUTION = STUDY + EFFORT + WORK + PERSEVERANCE. That is, he should first study his attitudes, watch his behaviors with others, and try to understand why and when he became impatient. Then he should put on some effort to have more patience and work hard during many days in order to be more calm and to accept things at their own time. His aunt ended her letter by stating she would visit him very soon to see his progress.

In the end, that birthday was very special for Rodrigo, because he learned how to use the formula: EVOLUTION = STUDY + EFFORT + WORK + PERSEVERANCE to become a good skater and, most of all, to be a better person throughout his life.

Material Evolution is the improvement of people’s way of life.

For example, the invention of the long lasting light bulb:

– Thomas Alva Edison studied and worked very hard to create the electrical lamp, having made 1,000 unsuccessful attempts before achieving his success. When a reporter asked, “How did it feel to fail 1,000 times?” Edison replied, “I didn’t fail 1,000 times. The light bulb was an invention with 1,000 steps.”

Spiritual evolution is the improvement of people’s attitudes, when we learn to love and treat others the same way we want them to treat ourselves.

– STUDY: to analyze our actions in order to identify how we can change.
– EFFORT AND PERSEVERANCE: it is necessary to put effort to become a better person, to be more kind and friendly. This change does not happen overnight. Nobody can say “now I have more patience” and then suddenly become a patient person. It is important to persevere and keep trying to get better.
– WORK: to work in ourselves. Watching our own actions in order to make the right decisions, to be polite and kind, to do good deeds, and to respect others.